Ragga Gísla & Petur Jonsson team up again for the soundtrack to Raise The Bar - or Hækkum Rána.

As of now, the soundtrack to Raise The Bar - or Hækkum Rána as is the original title, is available for streaming and purchase wherever you get your music.

Produced by Sagafilm’s veteran documentary producer Margret Jonasdottir and directed by Guðjón Ragnarsson, the film follows a group of young girls in their fight for excellence as basketball players, the adversities and inequalities they meet as girls in a male dominated sport, and their work with sometimes controversial but always inspirational coach Brynjar Karl.

The story goes something like this: In 2016 an experienced coach started a challenging basketball program for young girls. As 8 year olds, they trained like professionals for up to 20 hours a week. The parents were expected to participate and support the girls inside and outside the baskeball field on their journey to the top.

Soon the team became very successful and was noticed wherever they played. They really were a groundbreaking team in the Icelandic baskeball culture. To borrow some of the fighting spirit of the boys, coach Brynjar entered the girls in boys training tournaments – and the girls beat the boys as well as the other girls. But then the attitude towards the girls started to change very rapidly, and all of a sudden they had to fight really hard to keep their place in the sport.

The film itself is a labour of love, as director Ragnarsson followed the group and filmed their adventures like a fly on the wall during a 4 year period. That gives a strong realness to the story and captures the real drama of their journey. 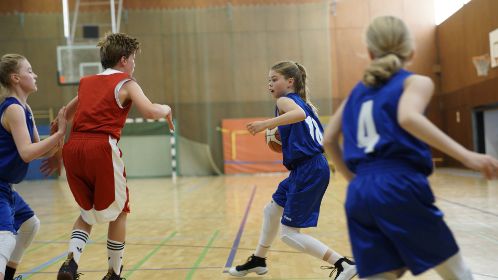 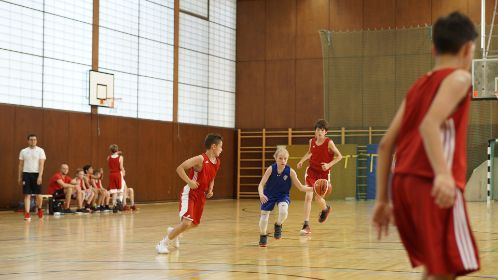 This is the third soundtrack I've had the pleasure to work on with Ragga Gisla. Early on, she set her vision for what she wanted the soundtrack to be, it was to be the fighting voice of the girls on their journey. To this purpose she used her own voice as an instrument and laid down sketches for key moments in the storytelling. So in a way, the main instrument of the score is her own voice, which whe then built around using both electronic and more traditional instruments.

We composed long tracks with variations which we then delivered to the edit to help along with the finishing tempo and mood, and the final part was then placing and adjusting the tracks to a completed film, taking out everything that could be in the way of the storytelling, to enhance the story, but never be in its way. Here we benefited from a very pleasant collabortion with the fimmakers, where we all strived to marry story and music in the strongest way possible.

The album contains perhaps the biggest versions of the tracks, moments that we liked and structures that perhaps are more suited to casual listening than as a part of a film. We hope you like it.

The film caused quite a stir when it was released in Iceland on  on Siminn Telecom's streaming service, Sjónvarp Símans. It sparkled a huge debate both around the empowerment of girls and around couch Brynjar's training methods. Headlines were written, opinions shared, and social media was inundated with opinions. Streaming numbers were great, as were the reviews. That was Iceland, but other global releases are imminent. Hopefully it will be aired somewhere near you soon.